No more room for your applications on your iPhone or iPod Touch?

Running out of space to place all those Applications you’ve downloaded and tried out on your iPhone or iPod Touch. Instead of using the small OS Partition which is where all the applications are saved, you can use the Media partition instead and continue on the installing spree.
0
Shares
0
0
0
0

Running out of space to place all those Applications you’ve downloaded and tried out on your iPhone or iPod Touch. Instead of using the small OS Partition which is where all the applications are saved, you can use the Media partition instead and continue on the installing spree.

Both the iPhone and the iPod touch include relatively limited space on the OS partition (the part of your iPhone’s memory that stores the operating system and associated files). It’s where Apple, by default, adds its factory-installed Applications but you can save space by installing your Apps on the Media partition instead (that’s the part of your your touch or phone that contains your iTunes musics and videos).

Read the full article and how-to on tuaw.com

What to do when you need remote backups for Linux/Unix/Windows/Mac? 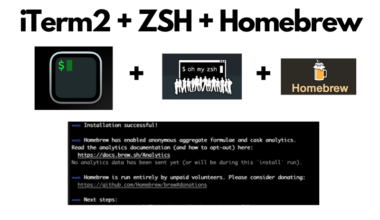 Read More
DDrafts
This guide is my setup on my macOS laptop with iTerm + Homebrew + ZSH. Step 1 –…

Web 2.0: Apps for the well-organized student -

Read/WriteWeb has created a list of their top web applications for students - but honestly, anyone who wants to be more organized could benefit from this list.

Many of these have been featured here at Lifehacker central; however, I really like how this list is organized into specific categories: office replacements, taking notes, mind mapping, studying, bookmarking, collaboration, calendars, calculators, and more. Do you see anything missing from this list? Let's hear it in the comments.

Afraid of bricking your iPhone, or not as savy as most to jailbreak your iphone? Well a group hackers have released an instant jailbreak online. You just need to point your iPhone's Safari to http://jailbreakme.com/ and follow the on screen instructions.

A crew of hackers (including hdm/metasploit, rezn, dinopio, drudge, kroo, pumpkin, davidc, dunham, and NerveGas) have introduced a one-touch instant jailbreak for both iPhone and iPod touch. The jailbreak opens your iPhone for full disk access and installs Installer.app so you can add pretty much any third party application you like.

Linus provides 10 funny quotes, mostly developer/linux based funnies.
DDrafts
If you’ve started using MySQL 8, you’ll notice your usually commands for creating a user no longer function.…
UUncategorized
Just a heads up, if you do decide to enable OpenSSL so you can do encrypted MySQL replication. There are two bugs that will affect replication and the mysqldump command. They're as follows: Bug #24148 regression tests hang with SSL enabled http://bugs.mysql.com/bug.php?id=24148 http://lists.mysql.com/commits/17286 Bug #27669 mysqldump: Got error: 2026: SSL connection error when trying to connect http://bugs.mysql.com/bug.php?id=27669 http://lists.mysql.com/commits/24329 This may cause lots of problems with MySQL and SSL Replication using OpenSSL. Cheers!