Helmer The 24 Core Linux Cluster Inside An IKEA Cabinet

If you need a 24 core, 48G linux cluster then you might want to build a Helmer. This is the story of Helmer. A linux cluster in a IKEA Helmer cabinet.

If you need a 24 core, 48G linux cluster then you might want to build a Helmer.

This is the story of Helmer. A linux cluster in a IKEA Helmer cabinet.

3D computer rendering are very CPU intensive and the best way so speed up slow render problems, are usually to distribute them on to more computers. Render farms are usually very large, expensive and run using ALLOT of energy. I wanted to build something that could be put in my home, not make too much noise and run using very little energy… and be dirt cheep, big problem? 🙂 no computer stuff cost almost nothing these days, it just a matter of finding fun stuff to play with.

I wanted to use Intel Quad core 65 nm or better. I surfed the web and found 6 of then at a good price. Then I looked after the cheapest motherboard that could run these. The result of my investigation was the Gigabyte S-series GA-G33M-DS2R/S2 card.

Next, finding memory. The motherboard could hold up to 8GB of memory each, and I wanted to maximize all I could. Here are the 12x4GB =48GBmemory modules.

Next problem was to find a good computer case that could hold these motherboards. But this was a big problem. 6x cases cost almost as much as the motherboards and CPU’s! So here was some room for improvement. I found the IKEA helmer cabinet. Perfect! Who knew IKEA made there stuff ATX compatible. 🙂

You can read the all about the Helmer with pictures of course on the http://helmer.sfe.se website.

Are Network Carriers To Blame For iPhone 3G Problems

UUncategorized
This nifty little script allows you to monitor log files for instances of brute forcing as well as popular exploits that show up in your server logs files. Anyone that has many servers should check this out. BFD (Brute Force Detector) Home Page There is also a nice little write up of how to implement BFD without AFP and some extended rules. BFD rules for Jag servers
Read More
UUncategorized
I’ve always been asked, “is my Wireless Network secure?” and usually reply with “As long as you’re using…
Read More
UUncategorized
If you've had an iPhone since the launch of Apples Application Store, then you most likely have bought the app Mobile Chat. I mean who wouldn't, just looking at their features http://mobilech.at/features you'd be silly not to pick the only instant messenger on the iPhone. Granted there are Web App versions, but nothing application wise. Here are some of the features. 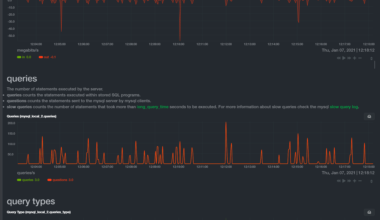 Read More
UUncategorized
You might noticed MySQL statistics aren’t being show in Netdata. Here’s what I ran into. Error: “MySQLdb or…
Read More
UUncategorized
If you're using Exim4 and PHP as a module or as a CGI with suexec. You may have noticed some issues with your mail. Specifically you would have noticed that either the "From:" header was using "[email protected]" or "[email protected] name, its also possibly that you had an additional header called "Sender:". There are two things you need to do to fix this. You first need to make sure that your "php.ini" has the following value "sendmail_path = /usr/sbin/sendmail -t -i". Which is the default, double check this variable as it might be set to something else.
Read More
UUncategorized
I have had time to blog that much, but since I’ve got some time today. I thought I…
Read More